A Home Filled with Love

After returning from Banu Saa’d, Our Beloved Prophet ﷺ was now once again in the homeland of his father – Makkah Al-Mukarramah. He ﷺ lived with his loving and affectionate mother – Sayyidah Aaminah رضی الله عنها – waking up to her blessed smile each day as she cherished him dearly as the joy of her heart. Accompanying them in this beautiful home was his father’s maid-servant Barakah رضی الله عنها – also known as Umm Ayman – a blessed woman from the African lands of Abyssinia who was chosen by Allah سبحانه وتعالی to play a significant role in the upbringing of his Beloved Messenger ﷺ. He ﷺ would refer to her as his mother after his own mother (Ibn Asakir), and she was honoured by the Prophet ﷺ in her later years with the title of a “woman of Jannah” (Ibn Saa’d).

During the day, his ﷺ grandfather – Abdul Muttalib – would take his beloved grandson and constantly keep him close by his side, with great love and affection that was apparent to all. Our Beloved Prophet ﷺ grew and developed, blossoming like the most beautiful flower under the care of his mother and grandfather.

“And the Messenger of Allah ﷺ stayed with his mother Aminah, the daughter of Wahb, and his grandfather Abdul-Muttalib in the care and trust of Allah, and Allah nurtured him like a fine plant for the honour He intended for him” (Ibn Ishaq)

During this time, he ﷺ also became closely acquainted with his family, his uncles and his aunts, all of whom were extremely fond of him. Our Prophet ﷺ developed a special bond with Sayyidinaa Hamzah ibn Abdul-Muttalib رضی الله عنه and Sayyidah Safiyyah bint Abdul-Muttalib, who were of similar age as the Prophet ﷺ and enjoyed each other’s company during these childhood years.

In a town surrounded by people who were worshipping idols and newly-fashioned deities by the day, his ﷺ pure heart was only and solely inclined to Al-Ahad (The One) who was the Pre-Eternal, Ever-Living Lord of the Worlds, the one who sent him as his Final Messenger ﷺ, to revive his remembrance in the hearts of man.

Thus, Allah سبحانه وتعالی protected the Prophet ﷺ from all forms of Shirk and idolatry, as well as the evil practices of Jahiliyyah. His ﷺ heart was divinely guided upon the Fitrah (The Primordial Nature) that was upon the pure way of Sayyidinaa Ibrahim AS (Ibn Hisham, Rooh Al-Ma’aani).

The Legacy of Ibrahim علیه السلام

Whilst Makkah Al-Mukarramah remained under the dark shadow of Jahiliyyah, The Prophet ﷺ walked through the streets of Makkah, illuminating them – without a shadow or a doubt – as the legacy of his forefather Sayyidinaa Ibrahim علیه السلام. Whilst the city of Makkah and the blessed Kaa’bah were undoubtedly the hallmark of Sayyidinaa Ibrahim علیه السلام, this pure innocent boy enlightening its streets would ultimately be the one who would liberate it, and revive the Millatu Ibrahim (The Monotheistic Way of Ibrahim علیه السلام) throughout the world. Our Prophet ﷺ is reported to have said in a beautiful narration:

“I am the supplication of my father Ibrahim علیه السلام, and the glad-tidings of my brother ‘Isa علیه السلام, and my mother saw light emanating from within her at my birth, that illuminated the palaces of Syria” (Musnad Ahmad)

A Destiny of Greatness

Thus, the spark of this great change began twinkling in these early years, foreshadowing the advent of Nubuwwah. He ﷺ would enter the haram, and his heart would become instantly averse to the idols that surrounded it, whilst at the same time his blessed heart was filled with pure love and reverence for the Kaa’bah whenever he witnessed it. In addition to this, there was a special seating laid out for his ﷺ grandfather Abdul-Muttalib – in the direct shade of the Kaa’bah – which was placed as a station of honour for the senior leader of the city. None would dare to have the audacity of approaching this elite seating out of reverence for Abdul-Muttalib, not even his own sons. Yet, as an innocent child who was extremely beloved to his grandfather, he ﷺ once approached this esteemed seating and sat upon the place where no man dare seat himself. Seeing this scene, the uncles of the Prophet ﷺ rushed in fear to remove him ﷺ from this seat, when Abdul-Muttalib entered and powerfully declared:

“Leave my son! By Allah! Greatness is destined for him!” (Ibn Hisham)

May Allah سبحانه وتعالی grant us the light and purity of Tawheed in our hearts and protect us and our children from the evils that surround us.

Join us tomorrow as we continue with the blessed Seerah with our next article: “Journey to Abwa” 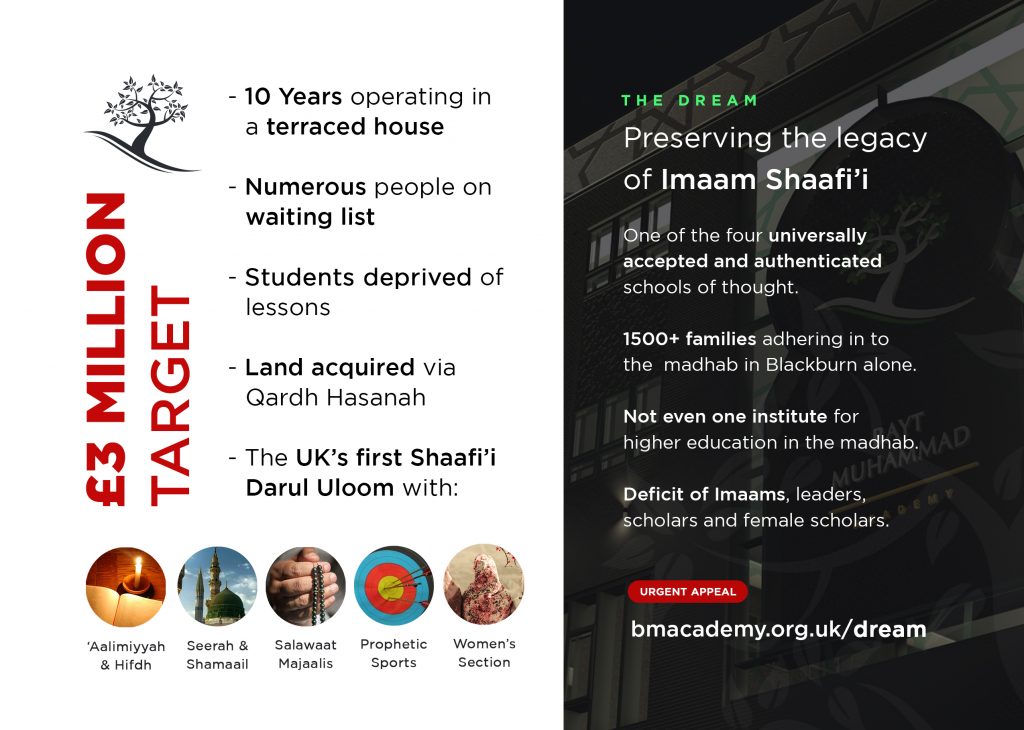